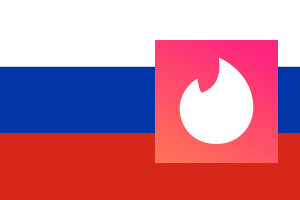 Russia is requiring 175 companies to share user data with its government law enforcement and intelligence services, including with FSB, the successor of the KGB spy agency. Listed among the companies was popular dating app Tinder.

Companies that refuse to comply with the order will be blocked in Russia. The BBC[*1] reported that top officials in the country have claimed that some people use the online platforms named in the registry as a way to organize terrorist attacks, including cyber attacks, so the government’s collection of user data is part of ramping up security. Russian intelligence agencies are reserving the right to access the data on demand as a preventative measure.

Others see the move as a restriction of Internet freedoms for the Russian people.

Some reports say that this is the Russian government’s way of suppressing dissent from its own citizens, rather than protecting them. Case in point is voice messaging app Zello, an app that was very popular with truck drivers in Russia. The drivers used the app to coordinate a strike against a new toll system in 2015, according to the South China Morning Post. The app was later blocked by a Russian court.

WhatsApp, one of the most popular apps worldwide, was not part of the registry and was not ordered to hand over information to Russian officials, likely because blocking it would be a big hurdle for regulators. According to CNN, Google and Facebook are in a legal dispute with Russian regulators over a demand to store data within the country. They have not provided a date to move servers there, but Russia has not banned their services yet, either.

Tinder said it had “registered to be compliant” according to reports. Tinder is owned by parent company Match Group.

In a seemingly contradictory statement however, Tinder also said: "this registration in no way shares any user or personal data with any Russian regulatory bodies and we have not handed over any data to their government".

Russia has written more and more legislation in recent years to tighten control over online activity. LinkedIn also tried to fight handing over its user data to Russian officials in 2016, but ultimately the app was blocked.