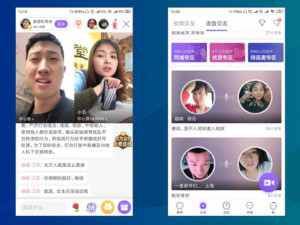 In technology-forward China, single people are looking to new ways of connecting with each other via dating apps beyond the traditional swipe. Now, online dating companies in China are experimenting with livestream, and soon U.S. companies could follow.

Gizmodo[*1] reported on the trend of Chinese dating apps integrating livestream features into their platforms. Jiayuan, China’s largest dating app, launched its new livestream feature this past January with an interesting twist. Instead of two users opting to chat with each other over the app in private (like with Facetime), a user can set up a chat topic and see if someone wants to join. Once one person accepts and the two start a chat, it becomes a broadcast where other users can watch and comment.

The idea is that by broadcasting your live chat and publicly flirting, it attracts other daters, similar to hanging out with a group and seeing who connects. In other words, it’s kind of a dating performance to attract people.

The new feature did not compel many people to join at first. According to Gizmodo, chat rooms sat empty for the most part. However, the company decided to make a few tweaks – including appointing matchmakers to moderate the chats and to give prompts when conversation slows, as well as allowing a third person to join the chat as part of the broadcast to liven things up. The company also added a karaoke feature for those who prefer to sing rather than talk.

This might sound awkward or intimidating, but experts say that live video might be a better way for younger people to connect, which in turn drives the technology.

Many young millennials in the U.S. prefer to Facetime rather than text. For one, it’s easier to speak with a person live and get instant feedback, rather than to craft the perfect message and wait for a response. In other words, young people are looking for a connection that feels more like a face-to-face interaction.

Dating apps might also have an opportunity to capitalize on this trend, especially as singles grow increasingly frustrated with all the swiping and messaging over dating apps that lead nowhere. Many are looking for something new and more engaging.

Improved security is another advantage. If dating app executives employ live video, they could potentially avoid the rampant catfishing that happens when daters misrepresent themselves over the apps, as well as reduce fake profiles.

Since Jiayuan debuted its new feature, two other Chinese dating apps have incorporated live video into their platforms too.

If this type of dating feature takes off in the Chinese market, U.S. companies will likely follow. Recently, Match Group added new key executives to focus on Asian countries, where there is huge market potential for the dating app industry.