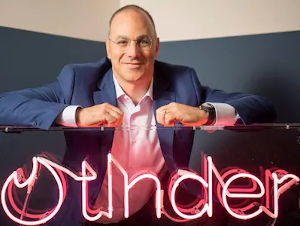 Tinder CEO Elie Seidman has promised to redouble the company’s efforts to make its dating service a safe and welcoming platform for everyone. In a blog post[*1] , Seidman acknowledged that transgender users have faced harrassment and discrimination on the app, and that there is important work to be done before Tinder is “a place where people everywhere can be who they are and love who they love.”

Tinder has taken notable steps towards this goal in recent years. The company partnered with GLAAD in June 2019 to introduce the Orientation feature, which allows users to choose up to three labels that describe their sexual orientation to improve matching based on identity and sexual preferences. Tinder previously partnered with GLAAD in 2016 to launch the More Genders feature, which expanded the options users have to describe their gender identity. But trans users say these updates do not go far enough.

In October 2019, PinkNews[*2] reported that Tinder regularly bans trans users without legitimate reason and offers poor customer support to trans users who try to reinstate their accounts. An anonymous trans woman who spoke to PinkNews said she assumes trans people are banned from the platform when other users report their accounts and that Tinder shows little interest in stopping it from happening. A report in The Independent[*3] from earlier in the year contained more allegations that Tinder removes accounts based solely on users’ gender identities, despite the company’s public commitments to inclusion.

In his recent blog post, Seidman said Tinder stands by its decision not to let users filter out profiles of trans people when it introduced the More Genders feature.

“However,” he wrote, “it came with some very disappointing, unforeseen consequences. Trans people continue to be reported at higher rates by cisgender members simply for being who they are. Although our intention was to be more inclusive, we understand many members of the trans community have felt the opposite.”

The company has outlined a plan for making the app a more inclusive platform going forward. Seidman said several immediate steps have been taken to improve Tinder’s processes and user experience:

Tinder has also made plans to educate its team about the issues facing transgender users and has planned trainings for employees across the company in 2020. Swipe Life’s Tinder Inclusivity series has been updated with new videos that aim to increase trans representation and visibility.

“I’m encouraged by the progress we’ve made, and am dedicated to continuing our assessment and refinement of Tinder’s reporting structure,” said Seidman. “We are sincerely committed to making Tinder a place where all people feel welcome – and will update you as we continue to make improvements across our company and within our global community.”