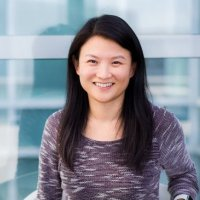 Tinder’s new CTO Maria Zhang has her work cut out for her: she’s tasked with making the popular dating app Tinder more engaging for users around the world, and moving away from the mindless swipe the app introduced. She also wants to create a better user experience specifically for female Tinder users.

According to a feature in PC Magazine[*1] , Zhang hired a team of female developers to help her craft new premium features and make Tinder more inclusive for users in other countries, who don’t meet or date people in the same way Americans do. She also opened a satellite tech office in Silicon Valley in addition to hiring staff for the L.A. headquarters.

Her focus since coming on board has been to understand and engage female users of the app, likely to compete directly with dating app Bumble, which has become a huge success with female online daters. But Tinder isn’t just concerned with American users – they want to expand engagement internationally.

Case in point: Zhang sent her new hire Samantha Stevens, Director of Growth Products, to Rio de Janeiro for an ethnographic research project. Zhang spoke with young female students in Brazil and discovered that while many had downloaded the app, they didn’t really use it. Facebook registration has been a big hindrance, because many users in Brazil don’t want to link their Facebook accounts to a dating app, and risk exposing themselves to friends and family members.

When Tinder allowed users in Rio de Janeiro to register for the app using their phones instead of Facebook, it led to a surge in signups.

According to Stevens, Brazilian female users don’t experience the same challenges daters face in the U.S., such as who should text first. It isn’t a concern to them at all, so that kind of functionality isn’t a big draw for the app (as it is with Bumble in the US). Understanding these small but significant cultural differences is a major focus for Zhang and the Tinder development team in developing new features and scaling them for international markets.

Zhang writes a blog for Tinder outlining the new launch processes taking place. Instead of releasing significant new features every 6-8 weeks, the company has decided to release smaller versions of new features every two weeks. By being in “release mode” most of the time, the company can better and more quickly respond to hiccups and bugs.

“As a result, every release is less likely to have massive issues,” wrote Zhang.

Zhang is still looking to grow her team. As she signed off on her October 13th blog post, “Big things are happening here. Fast. If you’re a serious engineer who loves a fun office culture, come join us.”