Tinder, Hinge Holding Wedding Competitions for Users Who Meet on Their Apps 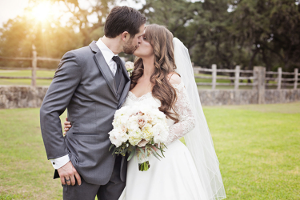 Online dating companies are thinking outside the box, thanks to the flooded app market and growing consumer base. Popular dating apps Tinder and Hinge are now offering wedding competitions to users who meet through each of their respective dating apps.

Tinder announced that it would offer to pay $100K towards the cost of an LGBTQ wedding for a couple who met through the app. The move was a nod in honor of Pride Month in June.

Tinder launched a new feature last year to include “transgender” as a gender choice, along with almost 40 other options with which users can choose to identify. The company saw an additional 250,000 new matches made as a result of the inclusion, and now, they want to encourage one lucky LGBTQ couple to tie the knot. Tinder also discovered via a recent study that these users are more likely to want a serious relationship, rather than a hook-up. According to an article in Elite Daily, the large majority of gay users (66.4 percent) and lesbian users (62.1 percent) agree that using Tinder will lead to a long-term relationship.

Hinge is jumping on the marriage bandwagon, too. Last year, it launched a new version of its app, aimed at helping people find relationships and marketing itself as the answer for “serious daters.” Recently, the company offered former contestants on dating TV show “The Bachelor” a free wedding if they sign up and find someone they want to marry on the app. So far, seven former contestants have signed up and are talking about Hinge on social media.

Hinge wrote a public letter to the Bachelor contestants and posted it online, saying:

…Hinge is a community of people looking for something real. Not real as in ‘reality TV’ but as in genuine, authentic... or in words you may be more familiar with: everyone is on Hinge for the right reasons.

Bachelor alums Jared Haibon and Ashley Iaconetti have publicly agreed to join the app, though they dated each other during the course of “Bachelor in Paradise.”

Hinge is offering to pay for the wedding of the first Bachelor contestant to meet a future spouse over its app, while Tinder is using a judging panel to determine the winner of its contest. The Tinder judges will be casting their votes for the couple of their choice based on four elements, each worth 25 percent of the couples’ overall score: originality, presentation, emotional impact, and relevance to Pride theme.

Both Tinder and Hinge are boosting their credibility as apps that want to attract more serious daters, and wedding competitions are an effective technique. We’ll see if this move catches on with consumers.

For more information on either of these dating apps you can read our Tinder review and our Hinge review.