Study Reveals How Single Americans Research Each Other Before Dates 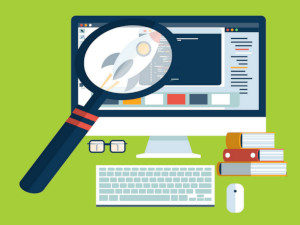 The first date can be a tense moment no matter who you’re seeing, but when you’re meeting a stranger you’ve only communicated with through a dating platform, the stakes are even higher.

So you examine their photos for evidence of editing. You comb through their profile looking for signs they might not be who they say they are. And when that’s not enough, you take your detective powers elsewhere. Some call it stalking, others call it pre-date research - either way, a lot of us are doing it.

Risk mitigation specialists JPD surveyed 2,000 Americans to find out exactly how, and how often, singles investigate prospective mates. According to JPD’s findings, 77 percent of active daters research matches on a regular basis. Of those who do, most spend 15 to 30 minutes conducting their investigations. Some admit to spending 45 minutes or more on research before a date. Only 11 percent said they never research dates at all.

The most common time to research someone is after communication has been initiated but before the first date (72 percent). Some daters said they prefer to wait until the second or third date, and a surprisingly significant number (33 percent) said they start their investigations before they’ve contacted a new match.

As for how they go about gathering intel, singles in the survey strongly prefer Facebook. Eighty-eight percent said it’s their go-to source of information, followed by Google (77 percent), Instagram (53 percent), Twitter (29 percent), and LinkedIn (21 percent). Sixty-three percent copped to looking most of the way or all of the way back on their dates’ profiles. Women proved twice as likely as men to look at everything.

Singles are eager to discover a wide range of information about their prospective dates. One in four have reverse image searched a picture. Other common topics to search include names, phone numbers, usernames, hometowns, schools, and places of work. Female participants in the survey said they’re most interested in finding out about a match’s criminal background and work history. Male participants said they’re most interested in finding pictures and videos of a match, as well as more information about their match’s interests. Forty percent said they’ve backed out of a date because of what they found out during their pre-date research.

It’s clear this kind of research is commonplace, but is it as creepy as it sounds or have we embraced it as the new normal? According to JPD, most people wouldn’t be bothered if their Clouseau-ing came to light. Sixty-three percent said they would not be embarrassed if a date knew how much they researched them. Over 50 percent said they’ve never caught a date who had obviously researched them before meeting. Of the 43 percent who said they have, most (66 percent) felt neutral about it. The remainder felt almost equally excited (16 percent) or weirded out (17 percent).