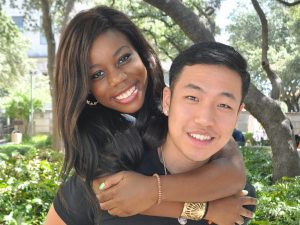 Researchers have long been fascinated by the ways online dating has changed how we meet and match. A Pew Research Center analysis[*1] of recently released survey data from Stanford University found that online daters are more likely to choose partners who are different from them in race or ethnicity, income level, education or political affiliation.

The Stanford survey, How Couples Meet and Stay Together 2017[*2] , collected answers from 3,510 U.S. adults who are currently married, currently in a relationship, or who have ever previously been in a relationship. Couples who met online were more likely to date someone with a different education level, political ideology or race/ethnicity than couples who met offline. The difference between those who met online and offline was particularly significant for political party and race/ethnicity.

There may be a simple explanation for this phenomenon, explains Pew Research Center. Users of online dating services tend to be younger than those who meet offline, and younger people are more likely to be in relationships with partners who are different from them, regardless of how they meet. The median age of survey respondents who met their partners online was 36. For offline couples, the median age was 51.