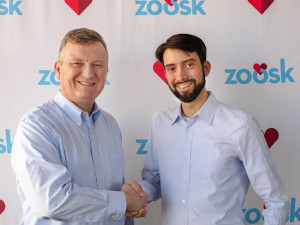 Online dating conglomerate Spark Networks announced its purchase of Zoosk for $258 million USD. The popular dating app was acquired with a combination of cash and stock, and Spark will have full ownership of Zoosk shares.

According to the terms of the deal, Spark will issue 12,980,000 ADSs (American Depository Shares) to former Zoosk shareholders, valued at $152 million based on the closing price of Spark ADSs of $11.78 on June 28, 2019. It also provides for a cash consideration of $150 million, subject to adjustment, according to the company’s press release. Former Zoosk shareholders owned 49 percent of the company.

The acquisition makes Spark the second largest dating conglomerate in North America, behind Match Group which owns Tinder, OkCupid, PlentyofFish, and Hinge among others.

Spark, based in Berlin Germany, owns several other dating apps, including JDate, Christian Mingle, LDSsingles, Silver Singles, and JSwipe among others. Generally, Spark’s offerings are for niche and religious-based dating markets, so the purchase of Zoosk is a step toward being a major player for mainstream markets. Along with Andrey Andreev’s new holding company Magic Labs (which owns Bumble and Badoo among others), Spark is positioning itself to compete directly with Match Group, which has been trying to corner the online dating market since the launch of Facebook Dating was announced.

According to Tech Crunch[*1] , Zoosk has been struggling to catch up to Match Group’s dating apps in the U.S. market, trying to distinguish itself in the download stores as a “social media” app rather than a “lifestyle” app like Bumble and Tinder. The app is free for download but charges users to message each other, similar to many dating apps. While Zoosk has grown, it hasn’t yet reached the level of success in the U.S. as other popular dating apps. Since the beginning of 2014 according to Sensor Tower Zoosk has had $250 million in revenue and 38 million downloads (with 19 million coming from the United States). Quarter 1 in 2019 saw Zoosks revenue stay at $13 million which was the same as the same quarter last year.

It will be interesting to see what direction Spark will take the app. The company said that Spark’s CFO will be relocating to Zoosk’s headquarters in San Francisco to oversee the transition. Key members of Zoosk’s management team are staying on board for the time being as well.

"Today's closing represents a remarkable milestone in Spark's continued evolution,” said Jeronimo Folgueira, CEO of Spark. “Four years ago, we were a small German startup with no presence in North America. Our efforts over the last few years have created an NYSE-listed business with over $300 million in total revenue that is also the second largest player in North America. We are extremely proud of the company we have built, and are also excited by the future potential of our new portfolio.”

For more about this dating service you can read our Zoosk reviews.