Should Dating Apps Be Required to Conduct Background Checks? 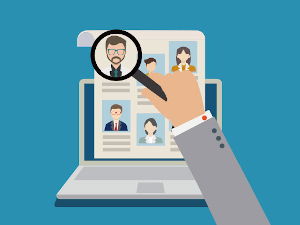 A revealing report published by ProPublica[*1] found that Match Group did not conduct background checks on users of their popular free platforms, including Tinder, Plenty of Fish, and OkCupid, leaving their members vulnerable to sexual assault.

Columbia Journalism Investigations analyzed more than 150 incidents of sexual assault among people who met through dating apps over the last decade, ProPublica reported. Most met their matches through Match Group apps. The researchers discovered that registered sex offenders were using Match Group apps like Tinder and went on dates with women who had no idea, because while Match Group conducts background checks for paid apps like Match, they don’t for their free apps.

Women were targeted by the sex offenders and assaulted, and some later reported the attacks to the police and to the dating apps in order to better screen their users going forward. But over a 16-month investigation by CJI, investigators found that there is still no uniform policy by Match Group to prevent sex offenders from using their apps.

A Match Group spokesperson told the researchers that “the company cannot implement a uniform screening protocol because it doesn’t collect enough information from its free users — and some paid subscribers — even when they pay for premium features,” according to ProPublica. “There are definitely registered sex offenders on our free products,” the spokesperson said.

However, Match Group had agreed to screen for sex offenders as far back as 2011, when one rape victim came forward with a lawsuit against the company. The company does check state registrations of sex offenders for Match users, but don’t for their other apps. Mostly because, ProPublica argues, Match Group is trying to scale their free apps and gain as many users as possible, rather than making safety the first priority.

Match Group however told ProPublica that government databases lack enough information and contain old pictures on file, which isn’t helpful to the vetting process anyway. A spokesperson also pointed out that 150 is a small number compared to the millions of people using the apps on a daily basis.

In a statement to The Verge[*2] , Match said it relies on a “network of industry-leading tools, systems, and processes and spend millions of dollars annually to prevent, monitor and remove bad actors – including registered sex offenders – from our apps.”

Still, The Verge points out that the problem is more complicated. People have always been reserved when it comes to sharing information on a dating profile, especially their last names – at least until they meet their dates. But there should be a better way to verify a user’s identity. Many dating apps do not do background checks on their users – but shouldn’t they be required to in order to keep them safe?

Dating apps have generally used Facebook’s API to verify a new user’s identity, making verification Facebook’s problem and not theirs, especially if they didn’t have the resources. But since Facebook got caught up in the Cambridge Analytica scandal and has come under fire for its personal data collection and sharing practices, The Verge points out that many dating apps have dropped Facebook and reverted to using their own sign-up processes. This means people could sign up with fake names and upload photos from unknown sources, which has resulted in increased amounts of catfishing.

If the apps intend to keep expanding their userbases, then the question of security will only continue to grow, until they find a successful way to address the problem.