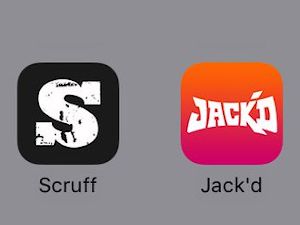 Scruff’s parent company, Perry Street Software, has acquired Jack’d in a deal that is expected to make it the largest fully LGBTQ owned-and-operated software company by both revenue and membership. Jack’d will continue to operate as a standalone app.

“For years, we have admired the diverse and global community on Jack’d. Since its launch in 2010, Jack’d has grown to more than 5 million members worldwide,” said Eric Silverberg, CEO of Perry Street Software. “This acquisition will provide Jack’d members with the same combination of technology and active moderation we have developed at Scruff, so that the Jack’d community members will be protected against harassment, spam bots, scammers, and risks while traveling.”

The acquisition comes just two weeks after the former parent company of Jack’d, Online Buddies, agreed to pay $240,000 in a settlement with the New York Attorney General’s office for exposing users’ nude photos via an unsecured Amazon cloud server. A second vulnerability exposed additional sensitive information, including users’ location data, device ID, operating system version, last login date and hashed passwords. The new owners of Jack’d say they will dedicate “significant resources” to upgrading the app’s backend technology to better protect members. They have notified the Attorney General of the acquisition to ensure their future plans are aligned with the terms of the settlement.

“We recognize that the growth Jack’d experienced in building its app created some technical and logistical growing pains, and we are eager through this acquisition to provide Jack’d members with a much improved software experience,” Silverberg said.

Jack’d members can expect to see many changes in the coming months. Perry Street Software intends to remove all programmatic advertising from the platform and introduce new features such as improved messaging, richer search functionality, and the ability to include video as part of chats and private albums. Jack’d members can opt to receive early previews of the updates by joining the Jack’d beta program through the new website[*1] .

With other gay competitors like Grindr and Growlr now owned by larger companies, Scruff is one of the last remaining apps founded and run by and for the LGBTQ+ community. The company takes its role seriously.

“Perry Street Software will work with Jack’d members to create a platform that enables them to create authentic connections on their own terms, whether they are looking for friends, dates, a hookup, or more,” Silverberg promised. “We are a part of the community that we serve, and thus it is critical to us that we are always able to stand behind our decisions and business practices.”