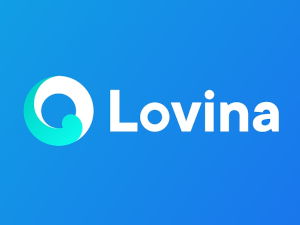 Russia’s largest social media platform VKontakte is going head-to-head with Tinder and Badoo by launching its own dating app.

According to The Moscow Times[*1] , VKontakte’s Lovina is a video-centric dating app, offering a video chat option to people who like each other over the app and a “carousel” of short videos for a quick communication between random users who are browsing through the app. Executives behind Lovina say that providing video as the main way for users to connect is a better method than what traditional dating apps like Tinder offer, because video is much more revealing than photos or a written profile. Plus, there’s less chance of someone faking a video compared to photos.

There are safety features built into the new app, according to Lovina executives. For instance, Lovina uses artificial intelligence to identify explicit content in the video chats, like body parts, and blocks those abusers from accessing the app once they are identified.

Despite these safety features, there are still privacy concerns for users. In a country where a lot of government surveillance exists, there are questions about what happens to the information shared over the app, including the video chats themselves. According to The Moscow Times, Lovina says that they do not store the video chats, and that users set up a separate profile from the social network to use the dating app.

Still, U.S. officials have expressed concerns about dating apps sharing data with foreign governments, specifically Russia and China, because of these governments’ increasing regulations and control of the Internet in their countries. The Russian government is targeting U.S. tech companies that collect personal user data, including dating app companies. It recently ordered Tinder’s parent company Match Group to share its user data in response to requests from Russia’s law enforcement. Match Group risks fines and a possible ban on user access to services in Russia if they don’t comply.

According to Reuters, Tinder agreed to be added to Russia’s special register of companies obligated to hand over user data, including messages, to Russian law enforcement, but “had not divulged anyone’s personal information yet.”

Badoo, Tinder and Mamba are currently the most popular dating apps in Russia.

The move by the Russian government has alarmed privacy and civil rights and advocates. Russia also clamped down on other U.S. tech companies like Facebook, Twitter, and Snapchat, according to The Wall Street Journal.

VKontakte currently has 97 million users, which means huge market potential for Livona, and also a lot more personal data that could be collected by the Russian government.