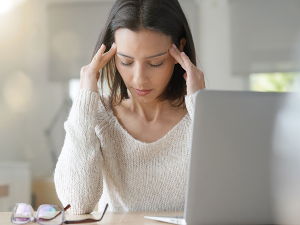 A new study[*1] called "Pressure Points Study 2019" by popular dating app Plenty of Fish revealed that modern dating has become a source of pressure and anxiety for many people. They also found that while daters crave authenticity, they also embellish their own profiles to attract more dates.

In a survey of about 2,000 singles, Plenty of Fish set out to find what singles wanted from their dating apps.

Interestingly, most daters’ first concern was not about looks – but about flow of conversation. The ability to banter is very important to many people, with 32 percent of respondents reporting that they feel the most pressure to impress a date with conversational abilities, as opposed to appearance and sense of style, which only 21 percent were concerned about.

Notably, women were more concerned with appearance at 26 percent, compared to only 17 percent of men.

The study also found that having a hobby is a concern among daters, with 51 percent feeling the need to embellish this aspect of their lives to impress a date. It beats out career and income at 34 percent, and level of education at 31 percent. However, some things remain consistent with stereotypes – including that men are twice as likely as women to feel the need to impress their dates with financial status and material possessions.

The pressure points aren’t all about the first date. A lot of people use filters to enhance their photos in dating app profiles, and it’s not a good strategy. A 70 percent majority of respondents consider face filters to be deceptive, and more than half think these filters should be banned from dating apps altogether.

But there’s an interesting occurrence regarding filters: people continue to use them even if they don’t like others doing so. In fact, 30 percent of those surveyed passed up messaging someone on a dating app because their photos were too heavily filtered, while 38 percent filter half or more of their photos. (Also a good tip: bathroom and gym selfies are still not a good look – respondents said these were their least favorite images to come across on dating apps.)

Most notably however, was that 84 percent of singles said they’d like to see more authenticity on dating apps and on in-person dates. The bottom line? Don’t be afraid to share your real interests (or lack of a hobby), or to post photos that portray a more authentic version of you. It translates to the date. If someone thinks you lied about something in your profile, or that you look different from your photos, it’s a turnoff. The data is clear: authenticity is how people connect.

To find out more about this dating service you can read our review of POF.