Once Will Display Users’ Attractiveness Ratings In The Name Of ‘Transparency’ 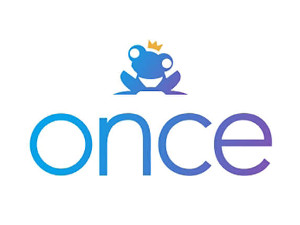 Dating apps have long used hidden scoring systems to rank users’ desirability. Tinder made headlines in 2016 when then-CEO Sean Rad revealed to Fast Company that Tinder users were assigned and matched according to an internal “Elo score.” Tinder has since retired the Elo score in favor of an updated algorithm, but it is not the only dating service that issues users an attractiveness rating.

UK-based app Once is one such service. Not only does Once use an attractiveness scale of one to five to guide its matching system, the company recently emailed its users to tell them their scores.

“To help our matching algorithm, we ask our users to rate each other [sic] pictures,” reads the email. “We have decided to be transparent and release this rating.”

The app’s latest update includes a feature that publicly displays the numerical ranking to the owner of an account as well as to anyone who views their profile. Is it harsh? Or is it honest? It depends on who you ask.

“[Ranking algorithms] are the unspoken secrets of the dating industry,” Once CEO Jean Meyer told the New York Post[*1] . “We know we’re doing it, we know our competition is doing it, so why not be transparent?”

Meyer insists that, though a public ranking system may sound cruel, there’s no reason to protect users’ feelings from the reality of their dating prospects. In fact, he thinks being open about the ratings could benefit singles by helping them sort through profiles more efficiently and target more realistic matches.

Science calls this phenomenon “assortative mating” - the tendency to reproduce with individuals who are similar to oneself. On a dating app, that means users with comparable scores have a higher chance of matching successfully than users with a significant difference between their scores. The higher you rank, the more weight your likes have. A low score can be raised if the user matches with someone who has a high rating.

The Once ranking system analyzes who swipes right or left on a profile. Then, based on this analysis, the user is assigned an overall attractiveness score between one and five. For better or worse, the algorithm does not take into account any part of a profile beyond users’ reactions to the photographs.

“We are disclosing the rate of how your pictures are perceived, it doesn’t mean you’re ugly or you’re beautiful,” Meyer explained. “It only reflects one attribute of who you are — your pictures.”

Users will have to decide for themselves whether that’s comforting or horrifying, as well as whether public desirability hierarchies are the way of the future for dating apps.

Dating Sites Reviews - Once Will Display Users’ Attractiveness Ratings In The Name Of ‘Transparency’
https://www.datingsitesreviews.com/article.php?story=once-will-display-users--attractiveness-ratings-in-the-name-of--transparency