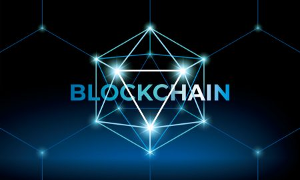 Blockchain technology has become a buzzword these days, thanks to the soaring popularity of Bitcoin and other cryptocurrencies. Now, new dating app companies are incorporating the same blockchain technology into their matching and verification processes to compete with big-name brands like Tinder.

There is a growing need for dating apps to address a persistent problem in online dating: lying and misrepresentation in dating profiles. Most dating apps use social media accounts as a way of verifying profiles, but this hasn’t curbed the proliferation of fake accounts and scammers. Blockchain technology is based in a democratic oversight of users, by users, to improve the overall experience.

Tinder changed the game for online dating, creating a mainstream acceptance of looking for love by swiping over a phone. A large part of the app’s success was gameifying the online dating process – look at a picture, and swipe left or right depending on whether or not you were interested. It was possible to go through dozens of profiles in seconds, making the swiping process more fun than pouring over dating profiles.

But part of the problem Tinder has faced over the years is the lack of honesty among its users. While users are required to verify their identity using their social media accounts, it’s still easy to create a fake profile and provide little information. This has created an atmosphere of distrust. Many daters wonder who they are really messaging, and if it will actually lead to a date.

Blockchain technology is revolutionary in that it is built on the idea of full transparency and identity verification, something that is missing in online dating. While dating apps employ algorithms to match, these are based in large part on the information that people put in their profiles, which could veer far from the truth. (Common things dating app users lie about include height, weight, and income.)

With blockchain, there is increased transparency, because users are required to verify their identities through the chain. It also provides incentives for people to be honest and submit more complete information. Dating apps Viola and Hicky have both implemented blockchain solutions in their technology to increase user transparency and honesty.

Another great incentive that blockchain provides is in the matchmaking process. Startup Ponder has utilized it to incentivize users to be matchmakers, giving them tokens as they successfully connect other users. This brings a more friendly, personal touch to the process rather than relying on algorithms – your fellow daters are matching each other, but also holding each other accountable for the success of the matchmaking. Everyone is motivated to succeed in setting up and creating good matches.

Is blockchain technology a panacea for online dating? We’ll see how it plays out as more companies utilize it. In the meantime, it’s a very interesting development that could revolutionize dating culture once again.