Millennials Are Having Less Sex Than Previous Generations 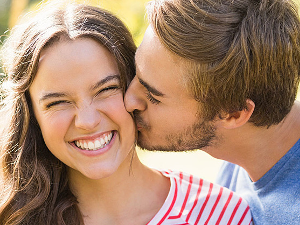 Thanks to a recent study[*1] conducted at Florida Atlantic University, a new provocative headline has joined the generational narrative: “Millennials aren’t having sex!”

The study found that 15% of Millennials aged 20 - 24 said they had no sexual partners since turning 18. That’s more than twice the number (6%) of GenX’ers born in the 1960s who said they’ve had no sexual partners as adults. The shift toward higher rates of sexual inactivity among Millennials was particularly pronounced among women, and absent among Black Americans and those with a college education.

And it doesn’t stop there. Millennials aren’t just getting less action than the previous generation - they’re the most sexually inactive group since the Depression. According to the Florida Atlantic University study, the only other generation that showed a higher rate of sexual inactivity were those born in the 1920s.

"This study really contradicts the widespread notion that millennials are the 'hookup' generation, which is popularized by dating apps like 'Tinder' and others, suggesting that they are just looking for quick relationships and frequent casual sex," said co-author Ryne Sherman, associate professor of psychology in the Charles E. Schmidt College of Science at Florida Atlantic University, to Business Insider[*2] .

Sherman offered several possible explanations for the findings. Increased sex education, greater awareness of sexually transmitted diseases, easy access to pornography, and differing definitions of what sex is may all be contributing factors.

First, she believes that Millennials are more ambitious about their careers, and therefore prioritize work over sex and love. The benefit of doing so, in Millennial eyes, is that once you have established yourself professionally, you have higher “mate value.” Individuals with higher mate value attract both more partners and better quality partners. Millennials may be waiting to commit until they have raised their mate value and increased their odds.

Dr. Fisher also believes that Millennials are less interested in marriage than previous generations, and avoid sex in order to decrease the risk of falling in love. "When you have sex with someone you can catch the feelings of romantic love," she explained, citing attachment hormones like oxytocin as the culprits. "The bottom line is, casual sex is not casual. It leads to relationships."

Amidst the steady stream of Millennial bashing in the media, this study offers hopeful news. "While attitudes about premarital sex have become more permissive over time, rise in individualism allows young American adults to have permissive attitudes without feeling the pressure to conform in their own behavior," said Sherman.