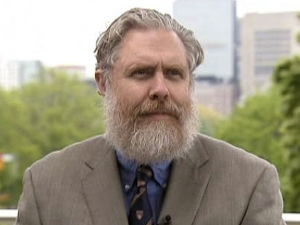 Harvard Geneticist George Church, known for his work on reversing aging, has now turned his efforts to building a dating app that eliminates diseases by matching partners based on DNA compatibility. It works like this: when two users have a low likelihood of passing diseases onto their children, they’ll be matched.

The move has drawn a lot of controversy, namely because of its nod towards eugenics, or “good birth,” an idea popularized under Nazi Germany in the 1930s to eliminate “bad genes” through selective breeding. Church however, argues that the goal is to eliminate disease by pairing people who have the least amount of risk of creating offspring with illnesses or disabilities.

He’s working with about 100 other researchers in a lab, who are together attempting to grow whole organs using Church’s cells. This is called gene editing, or “changing cells back from their original state into the unspecified stem cells you may see in a fetal tissue that have not yet become a specific organ,” as an article in Popular Mechanics[*1] explains.

Church was recently interviewed about his work by 60 Minutes, where he shared the idea of taking his research to a real-life application: creating a dating app to match people based on their genetic pre-dispositions.

A quick biology refresher: dominant genes usually suppress the recessive genes, so mutations are typically uncommon, but they occur, and diseases can result. The work Church is doing would reconfigure gene sequencing so that these mutations are avoided.

The idea sounds interesting in theory. Who doesn’t want to eliminate disease if given the opportunity? When 60 Minutes pressed him further on the subject, he responded: “It’s 7,000 diseases. It’s about 5 percent of the population. It’s about a trillion dollars a year, worldwide.”

But there’s an ethical dilemma in altering gene sequencing. Genetic expression takes different forms. While many diseases resulting from these mutations are genetic, so are aspects of our physical appearance, like having blue eyes or freckles. Does this mean we could also breed for specific “appealing” physical traits?

In regard to the dating app, there’s more to be concerned about. Creating a dating app specifically focused on matching people for the ideal breeding scenario, rather than what they have in common or how well they might get along, is not necessarily what people want. It could also create more separation than connection among daters.

Fordham ethics professor Elizabeth Yuko[*2] , who studies bioethics, pointed out to The Daily Beast that it becomes a slippery slope when you change gene sequence to prevent certain challenges – like diseases – and actually creates more problems. It’s a subjective choice ultimately, what traits would be considered “acceptable.”

“It’s not clear what conditions or diseases will be screened for,” Yuko told The Daily Beast. “Who makes that list? What’s undesirable? That’s classifying people into acceptable humans and others.”