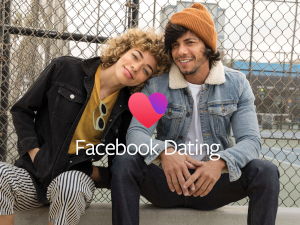 Facebook Dating made its much-anticipated debut in the US on September 5th, but concerns about its privacy issues have overshadowed the excitement in media coverage of the app.

Facebook was recently ordered by the Federal Trade Commission to pay about $5 billion in fines for privacy lapses, including its maligned partnership with Cambridge Analytica leading up to the 2016 elections. And most recently, the Attorneys General of eight different states have launched an anti-trust investigation of the company, specifically concerning the company’s privacy practices and purchases of WhatsApp and Instagram.

Still, Facebook Dating is betting on its wealth of personal user data as a competitive advantage for creating better matches to directly compete with apps like Tinder. (Match Group saw its shares fall 5 percent on the day Facebook Dating was launched, a sign of investor concerns about the new competition.)

While people have been excited about Facebook entering the dating app market, there have been some concerns, considering how most of us use Facebook regularly to keep in touch with family, friends and work contacts. For example, Facebook users wanted to know if their friends would know they are on the dating app, and if they had the ability to “hide” from some or all of their circles. In response, Facebook has made it very customizable in terms of how much visibility you want on the app.

One important and much-discussed feature: Facebook Dating users won’t be shown matches of their Facebook friends at all. You also have the option to block specific people from seeing you’re on Facebook Dating (like an ex), and you can also opt out of being matched with any friends-of-friends.

There are more matching features for the app, depending on your preferences. You can connect with people attending the same events or participating in the same groups, but these are only enabled on an individual basis---you have to opt in for each particular group or event. Beyond this, Facebook Dating matches users based on mutual friends, mutual interests, mutual schools, and other factors (though each of these categories must be enabled for matching, too).

There are some other intriguing features that Facebook Dating is offering, including integrating your Instagram posts into your profile. However, your Instagram handle won’t be shown, so you can retain the right to share it or not with potential dates (and hopefully this will limit the practice of an unwanted suitor messaging you over Instagram even after you’ve rejected him on a dating app).

The company is also providing a “Secret Crush” feature that allows users to choose Facebook friends and Instagram followers they are interested in, to see if it’s mutual. However, Facebook is limiting each user to nine crushes to avoid abuse of the feature.

There is cause for concern even despite all the freedom to opt in and out of sharing certain information. Facebook has a lot more data on you than regular dating apps ever will. As Tech Crunch pointed out, on a dating app like Tinder, you can write in your profile that you love hiking, but Facebook knows if you are part of a hiking group, if you checked in on a hike recently (and where), or if you post photos and tagged them with the word “hike.” This incredible trove of data is causing concern for many daters.

Still, it will be interesting to know how successful Facebook Dating is for matching its users, and if it will disrupt the dating app market.