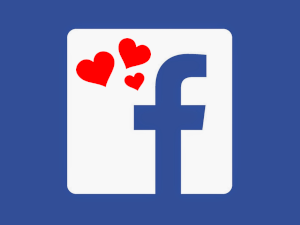 Since the announcement of Facebook Dating at the company’s annual F8 developer conference in May, the online dating industry has anxiously awaited the arrival of its newest competitor. Facebook began testing its matchmaking product internally in August, revealing a few key features in leaked screenshots, then went live for users in Colombia in September.

Canada and Thailand are the latest nations to take Facebook Dating for a test drive. The feature launched in the two countries earlier this month, along with several updates that aim to enhance the dating experience.

The first update is Second Look, a tool that will be familiar to some users of other dating services. Second Look, as its name implies, allows users to reconsider matches they have previously passed on by going back through their Suggested Matches or reviewing profiles they may have accidentally rejected. Similar “do-over” features can be found on services like OkCupid and Tinder, but it is often limited to members with paid subscriptions.

Another new Facebook Dating feature may also ring bells of recognition. The company has added the ability for users to pause the service when they need a break, a feature similar to the Snooze mode introduced by Bumble in September. Bumble announced Snooze as a tool for digital detox when dating app fatigue sets in or a way to suspend swiping while seeing how things progress with a promising match. Facebook Dating users will still be able message people they have already matched with while on pause.

Other updates to Facebook Dating include support for non-metric units in profiles, the ability to review a blocked list, and small tweaks to the user interface. In an effort to increase interactive profile content, Facebook has also added the ability to tap profile elements - for example, a shared hometown or school -- to begin a conversation around that subject.

As the roll out continues, Facebook says it’s working to introduce a preemptive block list that would allow a user to hide their profile from selected people who are not already on their Facebook friends list, such as a co-worker or an ex who has been unfriended but not blocked. You may put users on your preemptive block list whether or not you know they have a Dating profile.

So far, Facebook has not released numbers from its initial testing in Colombia, nor has it announced a date for its dating service to launch in the United States.

“We don’t have any specific metrics to share, but we’ve been pleased with the response in Colombia thus far and are excited to roll it out to Thailand and Canada,” a spokesperson told TechCrunch[*1] .

For more on this service you can read our Facebook Dating review.