Elite Singles Finds Out If An Age Gap Matters When It Comes To Love? 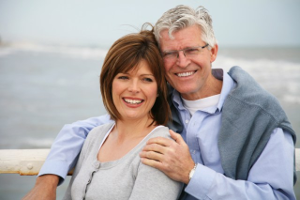 Much has been written about the May-December romance. We call women who date older men gold diggers. We call men who date younger women sugar daddies. And let’s not forget about the cougars and their cubs.

There’s something about an age gap that both fascinates and repels us. EliteSingles recently conducted a study[*1] to find out why, and found that many of our stereotypes are based in fact.

The dating site analyzed the upper and lower age search limits of more than 450,000 of its members for the answer a burning question: what age difference would you accept in your partner?

The stereotype of older men seeking increasingly younger partners proved true. Men aged 60-69 indicated, on average, a desired partner age of up to 11 years younger than themselves. And the other end of the spectrum? Brace yourself: the oldest they would accept is a partner just 1 year their senior.

It stings for older women, but before the mature ladies completely lose faith in humanity, younger men throw a twist into the story. Guys aged up to 30 prefer to date women who are older, rather than younger. Between the ages of 20-29, many men indicate a preference for a partner 3-6 years older than themselves.

EliteSingles Partner Psychologist Sam Owen believes that ‘’the finding that men aged 20-29 prefer older women rather than the suspected ‘younger model’ is likely indicative of the change in gender roles in modern society towards more equality between the sexes. Young men nowadays probably also recognise that older women are adept at diligently juggling so many responsibilities (career, children, housekeeping, fitness, finances, socialising), which makes them intriguing and attractive and a more secure option.’’

Women may not be as keen on playing the cougar as men are on playing the cub, however. The data from female users suggests that women across the board prefer to be the younger half of a relationship. Women over the age of 50, for example, would ideally like a match who is 6 years older than their own age. And there’s little wiggle room in the other direction - anyone more than 5 years younger is deemed too young.

Younger women not only echo the sentiment, they amplify the interest in older men. For 20-29 year olds, the average age difference desired was up to 10 years, while women aged 30-39 sought a partner up to 8 years older. Women in their twenties weren’t interested in men more than 3 years their junior.

For more information on this dating service which conducted the study you can read our Elite Singles review.

Dating Sites Reviews - Elite Singles Finds Out If An Age Gap Matters When It Comes To Love?
https://www.datingsitesreviews.com/article.php?story=elite-singles-finds-out-if-an-age-gap-matters-when-it-comes-to-love