eHarmony Modernizing its Marketing Strategy by Turning to Social Media 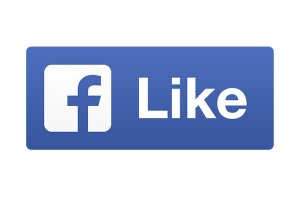 Since the company launched in the late-nineties, eHarmony has branded itself as a more serious online dating service, focused on helping users find relationships and cultivating a different reputation that popular hookup app Tinder.

The company has long prided itself on this distinction, but in the process, has also fallen behind fast-growing apps like Tinder and Bumble who cater to a more tech and social media-saavy audience. eHarmony’s strategy to attract new users has focused primarily on TV advertising, an old school approach, but now they are ready to move forward and capture more users via social media ads.

“When I became CEO a year ago, there were a number of things that needed changing,” said eHarmony’s Grant Langston in an interview with Digiday[*1] . “The apps, communications and design all felt antiquated — it was like we stopped working on the product in 2010.”

One new approach that Langston is taking is advertising with Facebook, where the company seems to generate a lot of incremental new sign-ups. While other apps focus on targeting young daters in their twenties via apps like Snapchat, eHarmony knows its core audience is older and tired of the dating game. They are in their thirties, professional, and looking for relationships – and they’re also on Facebook.

According to an article in Digiday, eHarmony had around 750,000 paid subscribers in February of this year and 10 million active users, which might seem like a lot, but they had about the same numbers in 2012. Tinder, on the other hand, had 1.8 million premium users and 50 million people using the app in February.

Langston knows there is an untapped market – those averse to apps like Tinder and looking for a niche that eHarmony can fill. The company will be looking to expand its marketing department and budget to include more social-media focused content and video. In fact, he revealed that the company’s lifestyle-focused articles published on Facebook were its “best-performing tool,” according to Digiday. Marketers have also incorporated more humor into their content which has helped, including “emoji quizzes” and fun dating tips.

While eHarmony should be looking to social media to capture new users, it is questionable how vast the company’s reach will be, especially compared to Bumble and Tinder who have been doing this for a while. Tracking service Socialbakers noted that from January 1st through September 7th, eHarmony gained 15,291 Facebook followers, less than Bumble (at 24,499) and Tinder (at 50,350).

In addition to social media advertising spend, eHarmony will be rolling out a new logo to reflect the changes to its service, which includes a faster sign-up process (historically a huge detractor for potential users, with a questionnaire that could take 45 minutes to complete), a new matchmaking algorithm, and sleeker designs.