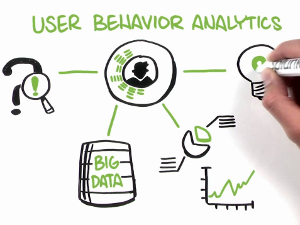 Online dating algorithms have gotten a lot of attention (and criticism) because they’re the basis of how matchmaking works. Many dating apps are secretive about their matching process, but traditionally, algorithms match people on the basis of profile information, questionnaires, and user preferences.

But according to a recent article by Gizmodo[*1] , online dating companies can collect more information about their customers through analyzing user behavior, which includes what users do on social media as well as on the dating app. Companies are now starting to use this behavioral data for matchmaking purposes rather than relying on profiles and user preferences.

For instance, Tinder is able to tell from your Instagram posts, Spotify playlists, and Facebook friends who might be a good match for you, rather than relying on you to tell them your preferences. And it’s true that what we actually do online is actually a more accurate representation of who we are than what we say we want in a survey.

For example, you might say in a dating app profile for OkCupid that you work out 4-5 times per week, but there's no way to prove it to your matches. So new dating apps like MeetMeOutside have customers link to their FitBits to verify their actual workout schedules.

Other apps have followed suit, catching people who misrepresent themselves in other ways. For example, OkCupid found that many heterosexual male users who stated preferences for women with ages similar to theirs were actually choosing much younger women when they browsed their matches. So OkCupid began giving male users the younger matches they desired, rather than asking them for age preferences.

LoveFlutter is another interesting example of how social media can be a key factor in determining who you are and what kind of relationship you actually want. The app links to your Twitter account, and without asking a single question, can give you a 28-point assessment of your personality. This is because LoveFlutter uses a language processing company (that incorporates artificial intelligence) to examine the content of your Twitter feed and match you with like-minded individuals.

While it seems the dating apps that ask us to link to our social media feeds require far less effort, exactly how much information are we willing to give up? And eventually, will these dating app companies be selling our information to advertisers so that curated content is pushed while we’re swiping (As Facebook and Google do now)?

It seems that our digital lives are a clear path for dating apps to help curate better matches. But we also have to understand the privacy we give up in return. Maybe taking the time to do surveys isn't such a bad option.