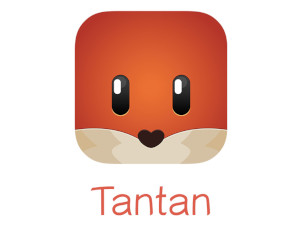 Tantan, one of the highest grossing dating apps in the world in the first quarter of 2019, has been removed from Android app stores by order of governmental authorities in China due to a violation of policies. The popular dating app was often referred to as “China’s Tinder” and had been acquired by Momo in May 2018.

The details of the ban are unclear. The official statement from Tantan did not reveal the specific nature of the violations. The company merely said it would cooperate fully with authorities and promised to "conduct a comprehensive internal review of the content in the Tantan mobile app and undertake other measures necessary to stay in full compliance with all relevant laws and regulations.”

The app’s removal may be related to a recent news report alleging that advertisements for prostitution services were available on the Tantan platform. The Chinese government has been ramping up its efforts to wipe “vulgar” content from cyberspace over the past year, leading to multiple suspensions for companies accused of violating the strict policy. Nine other messaging apps were shut down for allegedly hosting pornographic content shortly before Tantan suffered a similar fate.

Tantan claimed more than 90 million registered users and 6 million daily active users when it was acquired by Momo last year. In its Q4 2018 financial report, Momo revealed Tantan added 300,000 paying users, raising the total number of paying users to 3.9 million. The app's revenue grew 36% sequentially to US$48 million. Improvements to the app’s algorithm, the implementation of growth optimization tools, and the launch of VIP subscription service were the primary driver’s of the app's growth.

Tantan’s ban could be devastating news for Momo and its investors. In a conference call earlier this year, Momo CEO Tang Yan revealed that Momo was exploring the possibility of entering new overseas markets with Tantan at the forefront of the business.

“We have been keeping an eye on overseas expansion opportunities and are making regular assessments from time-to-time,” he said. “We do see the overseas market, especially in Eastern market as a big growth opportunity for Tantan down the road.”

Investor relations chief Cathy Peng stated that Momo planned to make Tantan "a new engine for the company" within the next two to three years.

The abrupt removal of Tantan from Android app stores could certainly take a toll on Momo’s growth strategy. The company’s shares dropped around 7% on the day of the announcement, though prices could recover quickly if Tantan successfully ends its suspension.

Tantan is still online for current users, and remains available in China on Apple’s App Store and Xiaomi’s Mi Store for the time being.