Bumble Partners with Planned Parenthood to Talk About Consent 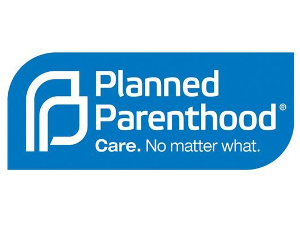 Dating app Bumble is on a mission to help empower women, including partnering with women’s health provider Planned Parenthood to educate college students at the University of Texas, Austin, about consent.

According to experts, the term "consent" as it applies to sexual relationships is often misunderstood, and silence does not imply that your partner wants to be intimate. Consent should instead be “Freely given, Reversible, Informed, Enthusiastic, and Specific” – the FRIES acronym that sex educators use to provide a basic definition of what consent is.

College campuses have come under fire recently for their handling of sexual assault and harassment cases among students. Traditionally, administrators have opted for leniency towards offenders when it’s a he said/ she said scenario (which sexual assault cases often are), allowing the perpetrators to continue attending classes without prosecution, expulsion, or even further investigation. This puts more students, and especially women, at risk.

With the #MeToo movement, women’s issues are now at the forefront of national conversation, with many women coming forward to detail their stories of sexual harassment and assault in the hope of changing ideas about consent, what exactly it means, and how to address the current and systemic problem of rape culture. This dovetails with what Bumble is trying to achieve in the online dating world – for women to feel safe and empowered.

Planned Parenthood has been an advocate for women’s health since the organization began, and is excited to join Bumble in reaching out to young college aged daters to promote sexual health and safety.

Last year, the University of Texas released a study which showed that 15 percent of women at the Austin campus experienced rape during their four years on campus. Bumble, also located in Austin, Texas, saw an opportunity to reach out to students to help bring awareness to the problem and reduce sexual violence.

"I think it's really interesting because dating apps do have a hand in sexual violence or in the climate around how relationships work especially on a college campus," said Isabella Fanucci in a report from KXAN[*1] , a local television news program. Fanucci is a UT sophomore and the Interpersonal Violence Prevention chair on campus, a group that raises awareness about consent and aims to stop sexual assault. "I think it's really amazing that Bumble and Planned Parenthood are partnering to combat those issues and address them up front and just have that conversation started.”

Cara Caulkins, the local marketing and events lead for Bumble, said: “…sometimes dating apps can have a context in certain situations, and we want to make sure our users feel safe using the app and we want to provide these tools for them to understand what consent is.”

For more on this female friendly dating service, check our our review of the Bumble app.