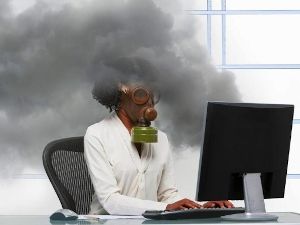 Thirteen former employees are speaking out about Badoo, Andrey Andreev’s dating-focused social network and parent company to Bumble. In an expose published by Forbes, the employees describe a lengthy history of workplace misconduct, including sexism, racism, drug use, wild parties and a possible tax evasion scheme.

Many of the lurid details revealed in the Forbes report occurred during Badoo's period of rapid growth from 2010 to 2012. Badoo launched its iPhone app in 2010. The following year, the company soared from 20 million user signups to 100 million in four months, and earned $200 million in revenue. As Badoo grew, so did its salacious reputation. It is estimated that in 2018, Badoo had just over $300 million in revenue.

The company (which has their main headquarters in London and has about 600 employees) became known for regularly hosting bacchanalian bashes where, according to one employee, “Everyone was naked and doing lines of coke.” Drugs and sex workers were regular features at these gatherings, and photos of the events were circulated internally via an email listserv. Founder Andreev reportedly did not attend the parties or participate in the email listserv, but was aware of both and allowed them to continue. Publicly, he denies having knowledge of these activities.

The Forbes article also contains allegations that Badoo’s company culture was hostile and discriminatory towards women. Jessica Powell, Badoo’s chief marketing officer from 2011 to 2012, says female employees were regularly discussed in terms of their appearance, called derogatory terms and subjected to inappropriate advances. If they dared speak up, their concerns were minimized or ignored. Male employees suffered minimal consequences for their boorish behavior.

“In order to progress in that company, employees (and particularly female ones) were expected to see their jobs as primarily massaging the egos of the founder and senior managers who held influence with him,” adds Alice Bonasio, Badoo’s director of communications and public relations manager from 2011 to 2012. “The culture meant that for female employees to get ahead, they needed to heavily ‘play the game.’”

An employee who worked on marketing campaigns leveled accusations of racism against Andreev. “Andrey was always making it clear that white was better,” says the former executive. “If someone were to arrive a little bit late to the office and they were Latino or African, he would make comments like, ‘Well, what can you expect,’ as if people who were not white were not hardworking.” The employee also says Andreev complained that too many POC on the app would cheapen the Badoo brand.

Andreev denied this claim, saying “Diversity is at the core of our brands and values.” He sent a letter to Badoo employees last November declaring that discrimination in the workplace would not be tolerated. In January, female employees in the London office received a survey asking if they had experienced or witnessed workplace discrimination. Several former employees told Forbes that the company culture has been improving - slowly - in London, with new diversity and inclusion training introduced and increased maternity leave.

Though Badoo appears to be taking steps to correct its course, this could be the beginning of a scandal with vast repercussions for Andreev, Badoo and Bumble. Read the Forbes article here[*1] .