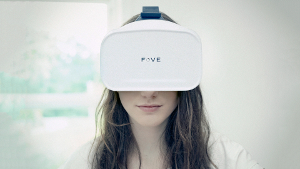 We’re 2 months into 2017, but it’s not too late to call some of the hottest trends we expect to see in online dating this year.

Online dating is one of the most dynamic industries in the world. New services are constantly emerging, along with new technologies that keep the way we date in a constant state of evolution. Things won’t be any different in 2017. Change is coming - both from companies and from consumers.

Here are a few things the remainder of the year could have in store.

Augmented reality and virtual reality are huge right now. It seems like everyone - from Apple to Alibaba to Pokemon - is getting in on the game, and online dating likely won’t be far behind. It’s not hard to imagine strangers going on dates in a shared virtual venue - not only would it be useful for long-distance daters, it could also help promote the privacy and safety of users.

Online abuse continues to be a problem. Twitter recently made changes to help users protect themselves from trolls. Other social media sites had already made attempts to tackle the problem. Online dating sites could be next to develop new protections for vulnerable users.

Dating services are top targets for hackers. In recent years, sites like Ashley Madison and Adult FriendFinder have made headlines after millions of users had their personal data stolen and exposed online. Considering the kind of sensitive information possessed by dating sites, these security breaches stand to be extremely harmful. Companies need to develop new, smarter, safer ways to protect their customers.

Online dating is all about the quick hookup… right? Though the stigma of online dating has finally dissipated, the perception that it’s all about casual dating and sex persists. Some apps may attempt to combat that impression by becoming more selective about who can join the service, or by putting a greater focus on long-term relationships as the end goal. Experts also predict a return to more traditional dating and courtship, and a desire to get offline and into real life more quickly.

Artificial intelligence (AI) with chatbots was a major emerging technology of 2016. The UK version of Match.com recently released a web chatbot of its own in a bid to make the sign-up process feel more natural and personable. Companies in other industries have also deployed chatbots, indicating that we may be on the cusp of a new era in communication.